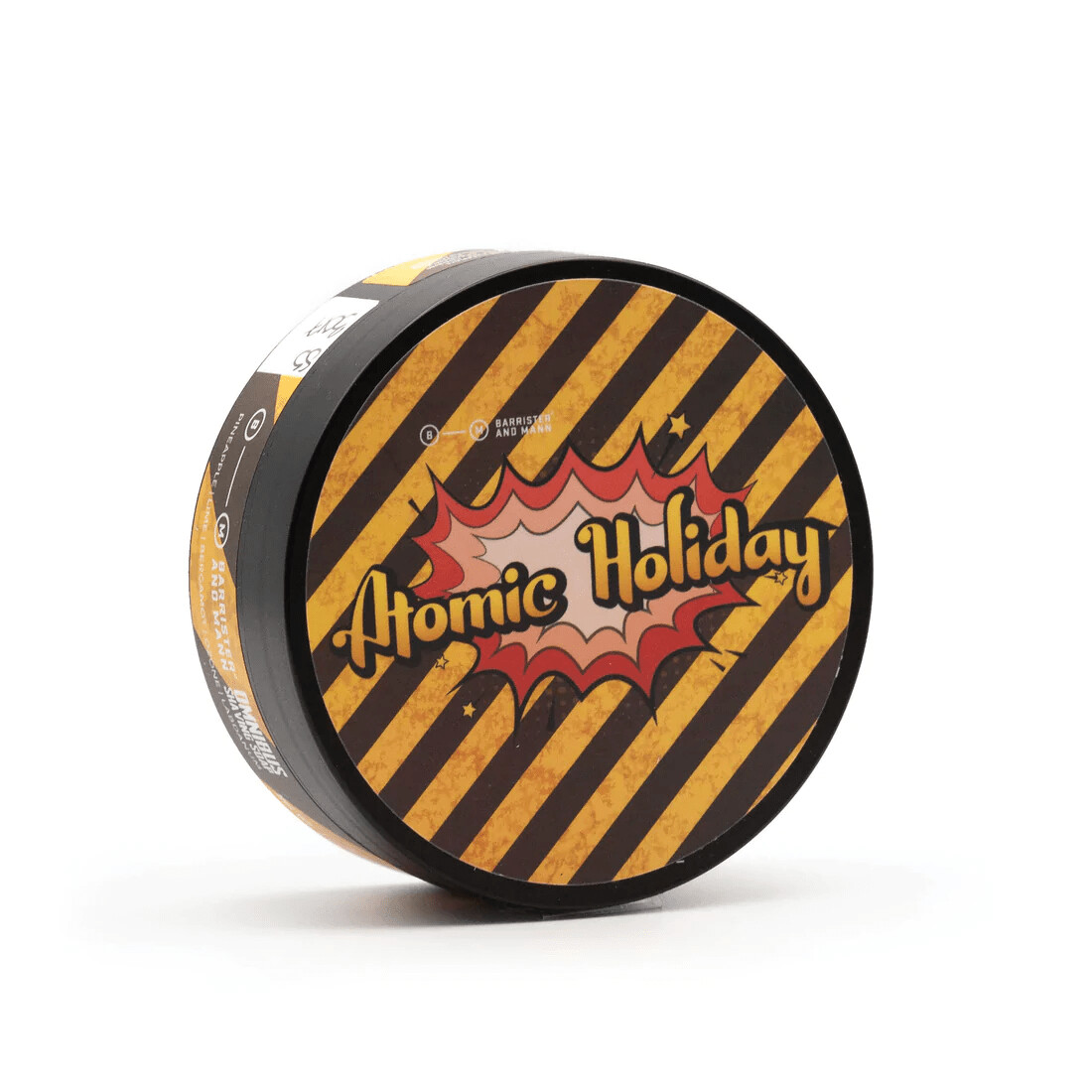 On a snowy evening in December in 1942, Enrico Fermi changed the world.

When we think about atomic energy, we think mostly about the bomb, or about giant cooling towers, or about disasters like Chernobyl and Three Mile Island. But no one seems to remember the night that started it all. Because on December 2nd, 1942, Fermi and his team did the seemingly impossible: they successfully tested the first man-made nuclear reactor.

To pay homage to this remarkable achievement, a scientific milestone that has utterly changed the way that we think about energy, war, and atomic physics, among countless other fields, Barrister and Mann is proud to present Atomic Holiday, meant to commemorate the 80th anniversary of Fermi's experiment.

Comprised of pineapple, lime, bergamot, labdanum, and ozone, Atomic Holiday is thrillingly optimistic, a bright, cheery fragrance for even the darkest Winter nights. Barrister and Mann has chosen to disregard everything that came after and focus instead on the brave new world that stood before humanity on December 3rd. We hope you like it.

Wet your shaving brush well, then swirl it around the jar for roughly thirty seconds or until a rich, creamy lather is formed. Continue building the lather by adding water and swirling your brush either on your face or in a lathering bowl. Shave, rinse, and spend your day feeling great.