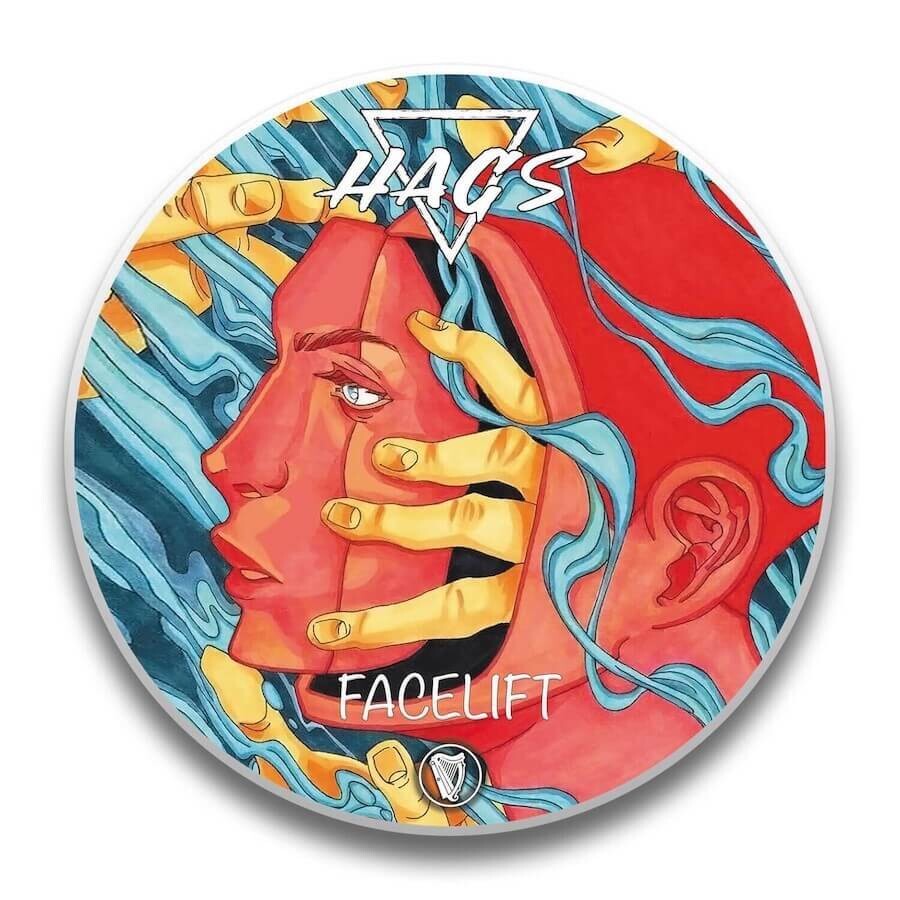 The scent meter indicates the scent strength of the soap when the soap is lathered up on your face, not straight from the container.

WS-23: Why do we use WS-23 as a cooling agent? WS-23, unlike other cooling agents, is not derived from menthol, but like its counterparts, it has no odor or flavor and just provides a cooling effect. It is not as strong as some of the other variants, however, the cooling effect is smoother and more rounded. It doesn't dry or tightens the skin like some of the other variants.

HAGS created Guinness - A base formula based on the fact that it will be similar to the American artisan shaving products.

We decided to create a formula with fewer ingredients. Popular ingredients such as Coconut oil, Avocado Oil, Cocoa Butter, Glycerin, and even Water are not included in Guinness - Base. A substitute for water is the legendary Guinness Beer. Our Guinness - Base is saponified with Guinness Beer. An ingredient that makes a wonderful creamy conditioning lather. Beer is made with hops which are known for their relaxing properties. Hops contain skin softening amino acids, which can soothe irritated inflamed skin, and are rich in vitamins, minerals, and antioxidants. It's an excellent treatment for your skin.

IMPORTANT - The alcohol is completely removed from the beer before it is added to our raw soap mixture.

Your skin after the shave is relaxed and hydrated without leaving the skin oily. Very easy to create lather as the texture and hardness of the soap is a medium crop. The structure of the foam is low (low structure) like cream. Adding water when creating lather, the lather grows to a point like a yogurt, tight elastic cream without bubbles that stays on the face to protect you.